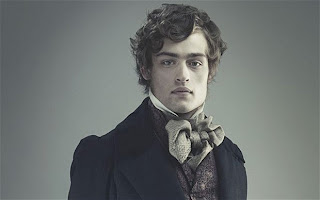 Pip is the main protagonist in Great Expectations, he was a poor child; an orphan who brought up “by hand” by his sister, a wife of a blacksmith on a small village near a marsh. While I understand that Pip’s sister mush have been tired of living in poor condition, I still cannot understand how people could be that mean to an innocent child. Anyway, despite of his sister’s bad treatment, Pip did not grow up bitterly. I believe Joe’s lovable character has a good influence over Pip’s soul. Then a convict run away and came across Pip’s faith…

Since his encounter with Magwitch—the convict—Pip’s soul had been restless, he was haunted by his own conscience because he had stolen from his sister and Joe to avoid the convict’s threat to kill him. Although Magwitch took Pip’s deed as a great loving deed, I don’t think Pip has ever thought it the same. I believe Pip wanted to scrap his action from his history if he could.

After that, Pip met Miss Havisham, whose life’s sole purpose was to take revenge to men. This stage brought a huge influence to young Pip, from ordinary child, he now know the different between common and uncommon people. He got embarrassed by his commonly manners, and along with his frequent visits to Satis House, his dislike to his own life grew bigger to the level of disgust. Yet, I could not blame Pip, who won’t feel that way when one was frequently introduced to fine things? Plus, Pip had been attracted to Estella, and it’s natural that he dreamed to have a life as a gentleman.
The trial of his character came when he got his great expectations from a mysterious benefactor. Pip finally became a gentleman as he dreamed of, and as what often happens to us, he became snobby. Pip began to feel uncomfortable with Joe’s presence or other aspects from his youth. But it all changed after he realized what his real benefactor had done for him. I think this was the point of return of Pip’s transformation to the greater end. This and the hard times he experienced as the result of his new lifestyle. He finally knew that being a gentleman was not only a lifestyle or manner, it’s also about doing honorable things.

I’m very glad that Pip could overcome his anger to Magwitch (for forcing him to stealing) and to Miss Havisham (for using him for her revenge plot). He forgave those two persons who had bigger influence to his transformation. Pip even had affection to them in the end; I think Magwitch and Miss Havisham could be regarded as Pip’s father and mother—two figures that Pip never had. It amazes me how Pip kept visiting Satis House (other than trying to see Estella), I think he somehow felt bound to Miss Havisham (I don’t remember Pip ever said bad things to or about her).

Being an orphan, it’s quite remarkable that Pip could transform to a better way. I believe that hard times would somehow build our personalities, and when you had people who love you, or at least you have someone you love dearly, those aspects help you to develop.

Posted by Fanda Classiclit at 1:29 PM

What do you want to find? 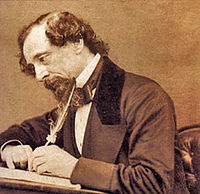 This blog is managed by Fanda and Melisa, and we dedicate it to Charles Dickens, whose "bicentenary" was celebrated on February 2012. We would like to learn more about Dickens’ personal character, life, work, and legacy, all of which will be portrayed in this blog

What Dickens Character Are You?

Amy Doritt! You're the title character in Dickens's novel, Little Dorrit. You're a devoted daughter to your father, who had a little run in with the law. You're strong and independent and a leader. You're quiet though, but it's okay because you end up marrying your crush, Arthur Clennam who just happens to be 20 years older than you! 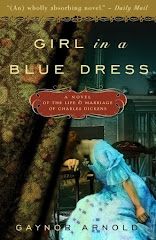 Girl in A Blue Dress by Gaynor Arnold 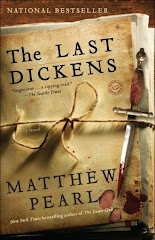 The Last Dickens by Matthew Pearl 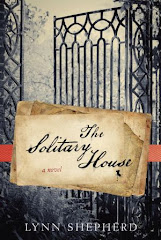 The Solitary House by Lynn Shepherd

Blogs on Other Classics Authors